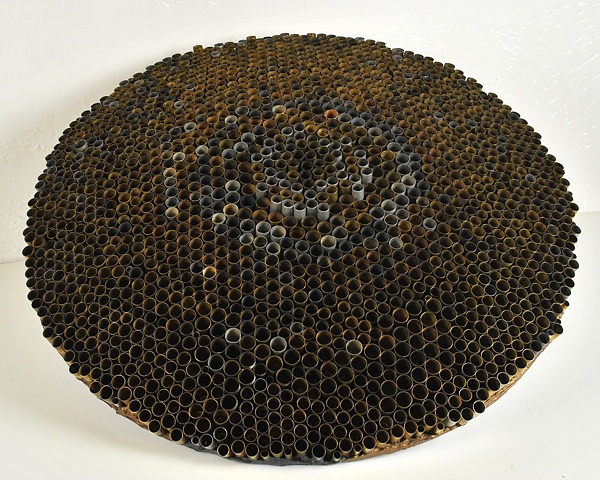 Yearning for affiliation, we are social beings, attracted to others whom we believe are like ourselves. Like social insects (such as paper wasps, the nesting form this was modeling after), we cluster in groups of needful belonging. Yet as humans we refuse to be defined by merely one group, one belief...until perhaps, one belief becomes so divisive that cohesion fails.

Thousands of casings were collected from gun ranges, washed, dried, and sorted into categories according to size and type of metal, then affixed to a plow disc, in an act of irony. We reap what we sow.