Geographical boundaries of nature preservation are fluid, no matter what laws or efforts we impose. Nowhere is this more evident than in oceans, where domestic regulations struggle against global tides, and living flesh has become permanently entwined with plastic.

Along with volunteers, I collected more than a hundred pounds of (mostly plastic) marine debris from the Pacific coast, a truckload of large stinking garbage bags. I dug through it, selecting from and sorting the mass, scrubbed the sorted pieces clean, and then canned them in pickling brine in my kitchen, using half-pint, pint, quart, half-gallon, and gallon jars. I made the brine from Pacific sea salt, using a standard canning recipe, and processed the sterile glass jars like food, to create a pantry filled with more than 60 jars what looks like preserved foodstuffs -- but is actually an inedible bounty harvested from one of the world’s largest food sources: the Pacific Ocean.

The Pickle pantry (a portable closet with the door removed) traveled to several exhibition sites over a period of months: Point Reyes National Seashore main visitor center, the California State Fairgrounds, and the Pence Gallery in Davis, CA.

This project was possible due to contributions from those who regularly roam beaches and harbors and shore waters collecting from the seemingly endless deposits of marine debris. After Pickle finished touring the exhibition sites, it was dismantled and the plastic debris returned to whoever had collected it. 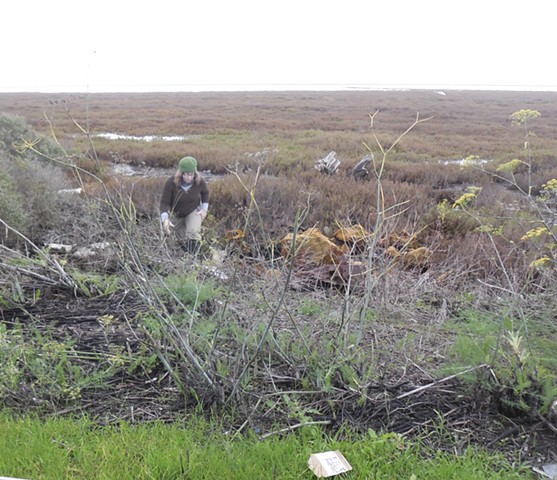 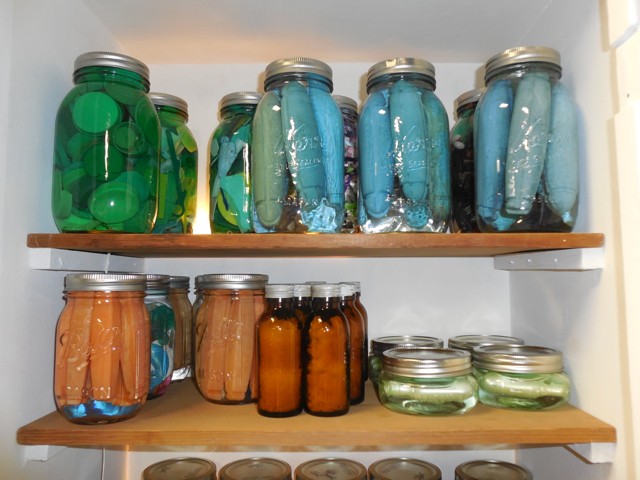 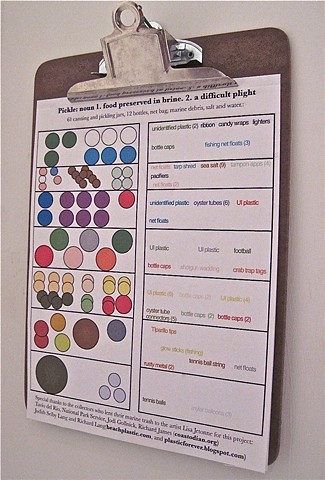 Pantry key and chart for Pickle 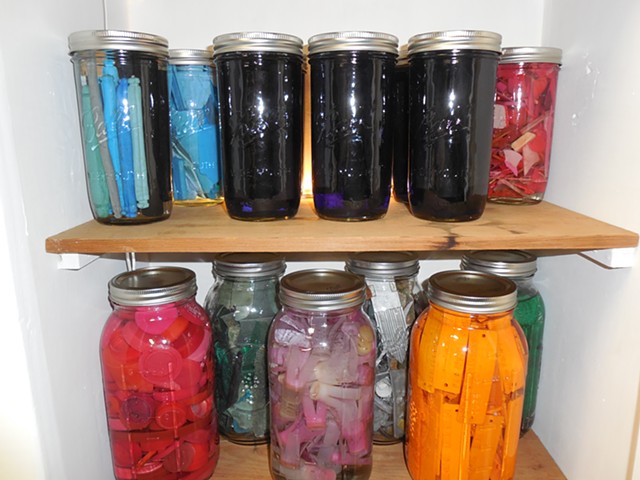 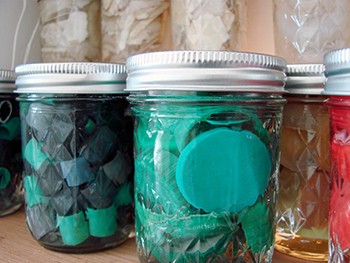